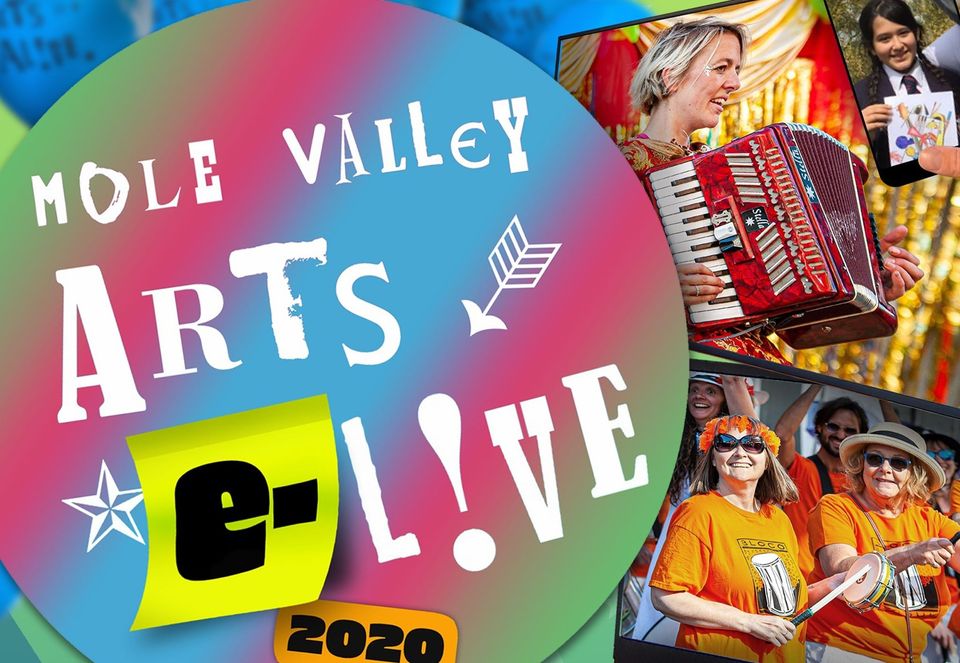 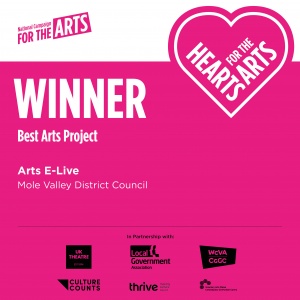 On Sunday 14 February it was announced that Mole Valley’s Arts e-Live festival has won ‘Best Arts Project’ in the National Campaign for the Arts’ (NCA) Hearts for the Arts Awards 2021.

Congratulations to every committee member and event organiser involved who made the festival work!

The Arts Alive team would like to thank everyone for all the wonderful nominations, which resulted in this award. They can’t wait to receive the Award on behalf of you all, and everyone who could not get an event online, but gave their support.

For the first time in its 24-year history, Mole Valley arts festival Arts Alive took place mostly online, with 56 unique and varied events for all ages on throughout October.

Supported by Mole Valley District Council (MVDC) and organised by the Arts Alive committee, Arts Alive is the biggest festival of its kind in the South East. Much-loved journalist Lorraine Kelly CBE was the patron for 2020. She starred in the festival launch show, which can still be watched on the Arts Alive website, www.arts-alive.co.uk.

The festival was renamed Arts E-Live this year as 40 of its events took place online. Most were free to view, and many could be watched throughout the month. There was poetry, cabaret, comedy, music, drama, workshops, storytelling and more.

This year’s theme was Arts for Wellbeing, and there was a range of events featuring art produced during the pandemic, including a film about the Dorking Unlocked festival, which saw music performed in pub gardens across the town. Residents of Vincent Road in Dorking also filled their front gardens and windows with original art pieces created during lockdown.

As part of the radio station’s support for the festival, Surrey Hills Community Radio has teamed up with the festival committee to bring you five shows (plus the official launch show!) dedicated to the arts in Mole Valley. With your gig guide and exclusive interviews we are getting to know our local arts community really well.

The official launch show with the full interview with Patron of the festival, Lorraine Kelly CBE

A round up of a fantastic festival with thank yous and praise from the Chairman of the Festival Committee, Mary Huggins. The show is themed around storytelling and contains a monologue performed at The Leatherhead Theatre Fundraiser Caberet, prose from The Moles Creative Writing Group, stories from storyteller Caroline Baldock PLUS music from the Dorking Folk Group, SOL-V and Jamie Amos.