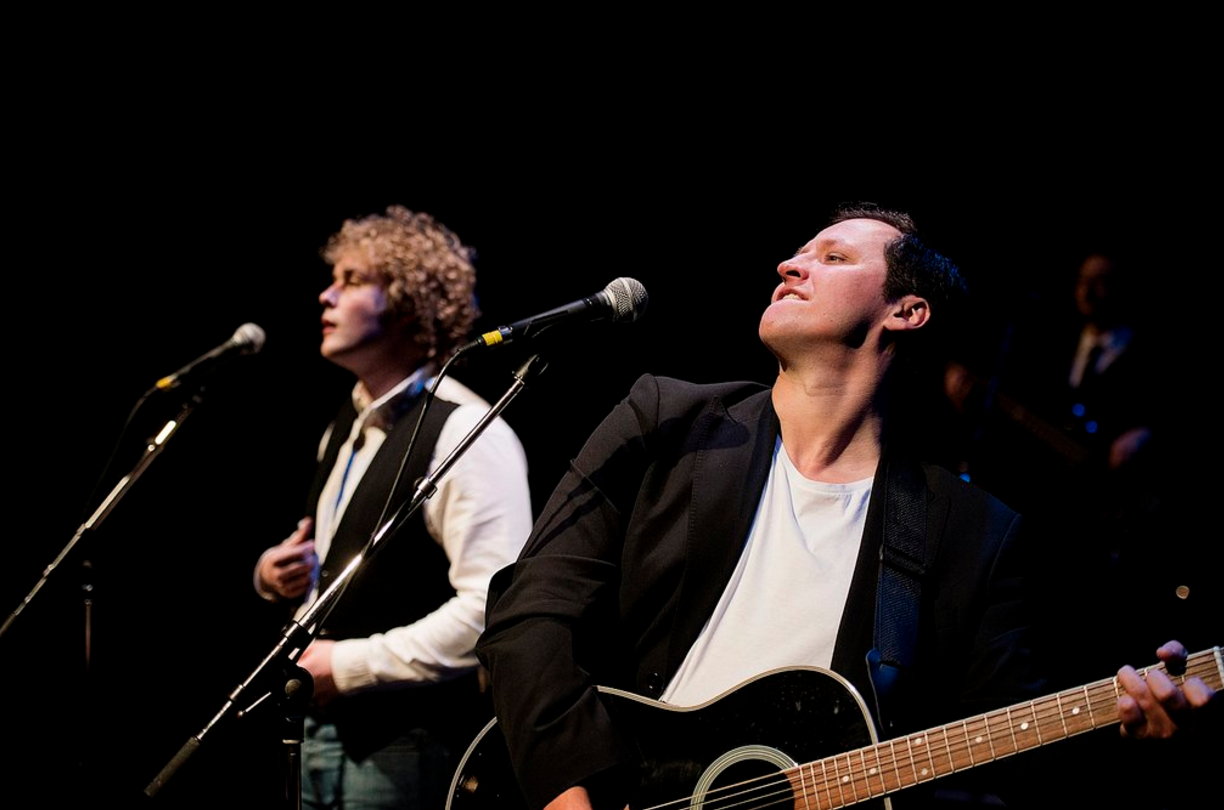 We had the pleasure to talk to Dean Elliot of the theatre production “The Simon and Garfunkel Story” on the Sunday Morning Breakfast Show (Sunday 1 November 2015 – listen again).

Following it’s WEST END success at the ‘Leicester Square Theatre’, London in February 2015, ‘The Simon and Garfunkel Story’ is currently the biggest and the most successful No 1 touring theatre show celebrating the lives and career of Folk/Rock sensation Simon and Garfunkel.

Featuring seasoned West End, award-winning leading man DEAN ELLIOTT (Buddy Holly in ‘Buddy – The Musical’) and a full cast of talented actor- musicians, ‘The Simon and Garfunkel Story’ takes you back through the ‘Groovy’  times of the 1960s. It tells the story of both Paul Simon and Art Garfunkel from their humble beginnings as Rock n Roll duo ‘Tom and Jerry’, right through their massive success, dramatic break-up and finishing with a stunning recreation of the 1981 Central Park reformation concert.

Using a huge projection screen, the show features 1960’s photos and film footage whilst a full live band perform all their hits including ‘Mrs Robinson’, ‘Cecilia’, ‘Bridge Over Troubled Water’, ‘Homeward Bound’, ‘Sound of Silence’ and many more!

With every performance creating a standing ovation, this is an evening not to be missed!

“AUTHENTIC AND EXCITING” – The Stage