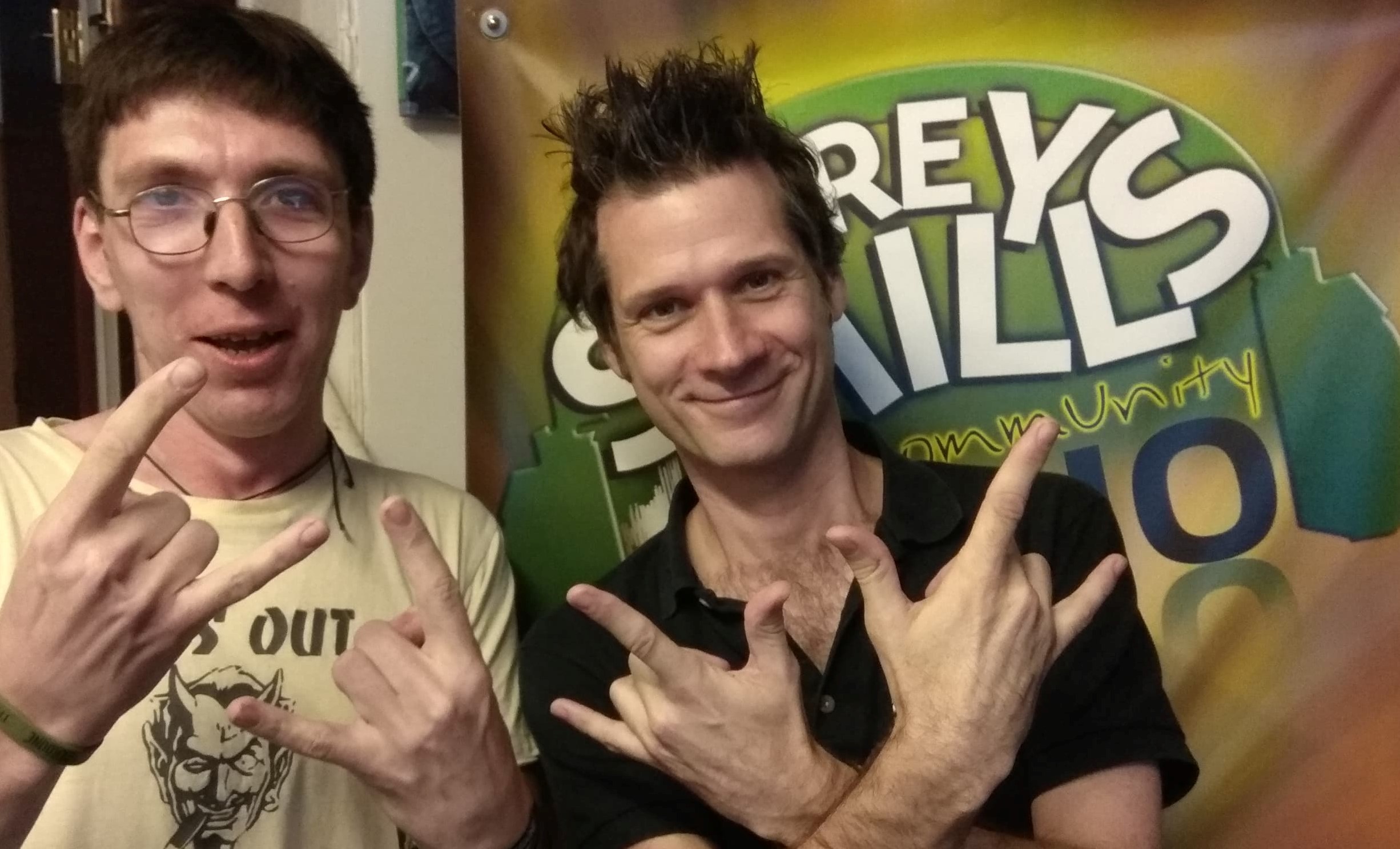 Back in days of 2007 a game called Rock Band was released across all the major gaming platforms. It gave gamer’s a chance to play along together as a band to their favourite rock songs and have a tonne of fun as well.

Yes, the plastic guitar didn’t have the same appeal as a fender guitar with the shiny finish or the sunburst body of a Gibson Les Paul but, alongside the drum kit, another plastic guitar for bass and a microphone, you could form the ultimate cover band.

The rock band format led to Guitar Hero and then to actually being able to plug your real guitar into the computer and learning to play a real guitar properly, but lacked the whole band experience.

Earlier than that we saw the release of the brilliant ‘School Of Rock’ starring Jack Black as a failing guitar player (Mr Schneebly) who finds his to teaching a group of kids how to rock, its great, where’s the sequel jack?

The reason I bring up Rock Band and the movie School Of Rock is because on my last show, thanks to Facebook, I was able to get in touch with Martin Kennedy, a real-life Mr Schneedbly who is a teacher at the fantastic ROCK PROJECT-(EAST).

What’s the Rock Project I hear you can cry?

Well put down your plastic guitar controller, hit pause on The School Of Rock movie and listen up because now is the chance to put into practice what you may wish you could do in real-life.

The Rock Project is two-fold, there are classes aimed at the kids and teenagers and then there’s the ENCORE section which is aimed at 20+.

With the fantastic guidance of martin at THE ROCK PROJECT-EAST, the schools goal is to encourage people from all ages to learn new instruments and most of all have fun playing alongside others.

There is no better feeling than having fellow band members all click and play well together.

As i interviewed martin on the show he told me about how the group playing jamming can really build your confidence as a musician and a total newbie to guitar, drums, bass or even singing.

So you maybe sitting there thinking that there’s no-way you could belt out your favourite queen song, hit those bends like a guitar pro or even play drums upside-down like Motley Crue but at THE ROCK PROJECT you can.

(Except for playing drums upside down, they are still working on that).

Now you maybe intrigued at this point but feel a little dis-heartened that you don’t own a brand new electric guitar, or not quite sure how you will get hold of a 5 piece drum kit, but fear not, as martin and THE ROCK PROJECT have all the equipment you will need to get started on your path to  supreme ROCK GOD status.

Each session last 90 minutes which is spent both learning a new song from scratch and then practising it alongside fellow band members. A typical term last about 12 sessions which ends in live concert put on by THE ROCK PROJECT so that you can showcase what you have learnt alongside your new fellow band mates.

All you have to do is get over to www.therockproject.com and you’ll find all the information you need, as well as where the nearest school is to you. THE ROCK PROJECT can also be found on Facebook and YouTube where you will find all the end of term concerts.

You can always have a listen to ROCK THE BLOCK and click on the latest show to hear that interview back and get an idea of what you maybe learning to play from Martin Kennedy himself.

The first session is totally free and there is no obligation to go any further so get yourself, or someone else you may know that might be interested, down to THE ROCK PROJECT.

I will be at the first session in Dorking, extremely excited about this by the way.