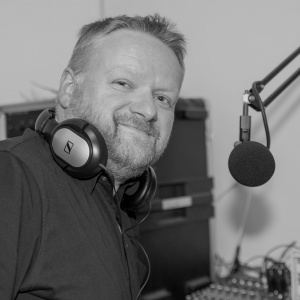 If, like me, you struggle to decide what to listen to next, why not listen to everything? Ok, not exactly everything, but a carefully curated selection of songs from every decade of the first hundred years of recorded music, along with a load of great new and recent releases. Hope you enjoy it.

Thursdays, 7-9pm – everything from Doris Day to The Fall

Please excuse the delay, there were some shows in July but, well, you know how things go when the sun’s out and the outdoor beckons. I’m temporarily holidayed out so got back behind the desk this week, with songs from 1995 (Pulp, Tricky, Radiohead, Pavement), along with some songs celebrating the end of the Tour de France and the start of the Ashes. You never get the same old themes regurgitated on the SHM – well, not every week anyway. The finest new music you can hear on the radio came from Nerija, Joan Shelley, Modern Nature and Vanishing Twin

After a 2 week hiatus (birthday, sore throat) I’m back with a bang and a fake radio voice for a while, at least until I realised how stupid I sounded. Songs about ‘Up!’ to counter the feeling of melancholy that had crept into the previous show, a few bits from 1992 and some great new music. 28 cracking songs in 2 hours from the likes of Elvis Presley, Little Richard, Cate Le Bon, The Hackney Colliery Band, Aphex Twin and the Andrews Sisters. You want eclectic, we got eclectic!

Tonight we listened to songs about vegetables (they’re good for you, you know?!), some songs from 1991 and great new sounds form Vampire Weekend, Flying Lotus, Bill Callahan, Mega Bog and Aldous Harding

Songs of 1990, new stuff from the always excellent Bill Callahan and Cate Le Bon, and songs about Miami, house fires, dolphins, mountains and the Hulk (!?)

We’re up to the end of the 80’s, into the year 1989, which means songs from De La Soul, The Stone Roses,  A.R. Kane, Soul II Soul and Spacemen 3. For some reason I decided to play songs about shoes (Captain Beefheart, John Lee Hooker), and one about socks (The Unthanks) to fill up some time. I also played two from Bill Callahan, inspired by a walk on the beach the weekend before, and his long awaited forthcoming double album, Shepherd in a Sheepskin Vest (can’t wait!). We had the usual glut of great new sounds to round out the show from Aldous Harding, The National, Erin Durant, Tyler Childers and Mdou Moctar. A feast.

My brother Ian joined me in the studio tonight on a whistle stop visit from Prague. Together we listened to the music of 1988 (Prince, Leonard Cohen, Dinosaur Jr, Morrissey, My Bloody Valentine), as well as songs of duration – Minutes, hours days, that sort of thing – from Eddie Boyd, Portishead, Peetie Wheatstraw, David Bowie and more. New music was supplied by Weyes Blood, Mega Bog, Blick Bassy, Cate Le Bon and Solange.

We’re up to 1987 and the year of my A levels. When you’re 18 of course you’re obsessed with music so I still own quite a bit from then, and dedicated the first half of the show to Pixies, Prince, Pet Shop Boys and Public Enemy among others. The second hour was up to date, featuring 3 songs from the brilliant new album from Aldous Harding, Designer, along with Tame Impala, Big Thief, Julia Jacklin and Rozi Plain to show that 2019 can easily hold it’s own with 1987.

Back from a holiday in Spain and with a stinking cold, tonight, we stumbled through songs from 1986 (Nick Cave, Yo La Tengo, Big Black, Talk Talk), heard songs of Pictures and Fixers (don’t ask), celebrated the imminent release of albums by Vampire Weekend and Big Thief, and also heard from Lightnin’ Hopkins, Bukka White, The Beatles, Miles Davis, and a marvellous Japanese/ Latin American hybrid sound form Minyo Crusaders – sounds awful, but is really rather lovely.

Songs of 1985 (my O level year). It starts with a lassoing, yodelling cowpoke and builds from there: songs of the sky (and some probably unnecessary facts), and packed with new stuff from Lambchop, Solange, Tame Impala, Leyla McCalla, Cate le Bon and an early track from The Supremes, about whom I’ve been reading.