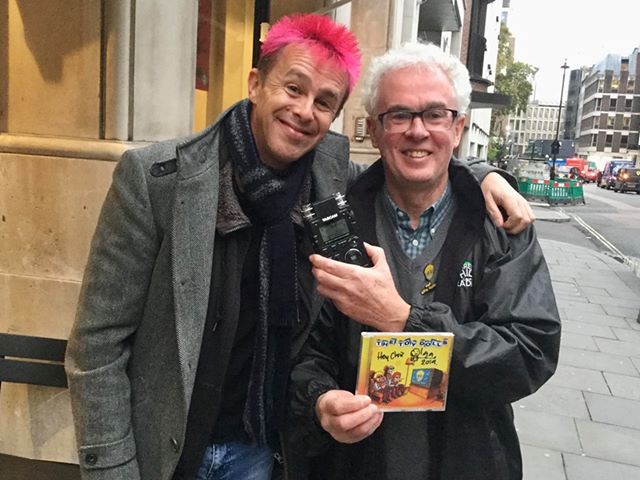 On 6th November 2019 Chris Stagg, presenter of the monthly Punkified Show, met with Michael Algar, ‘Olga’, the founder, singer, songwriter and guitarist of the band The Toy Dolls. To chat about the band and the thoughts and process behind their very well received new album ‘Episode 13’ during a short break in their ongoing, mostly ‘Sold Out’, 40th Anniversary Tour.

The setting was an outside table at a coffee shop on a side street off London’s prestigious Regent Street. But the recording comes through loud and clear!

As a result, their chat, the interview, has been incorporated into a one hour Punkified Special on the band, interspersed with tracks from The Toy Dolls and others related to the interview.

The show can be heard here:

And if you’re very quick there may still be a chance to see the band at their London show next April. But you’d better be quick!