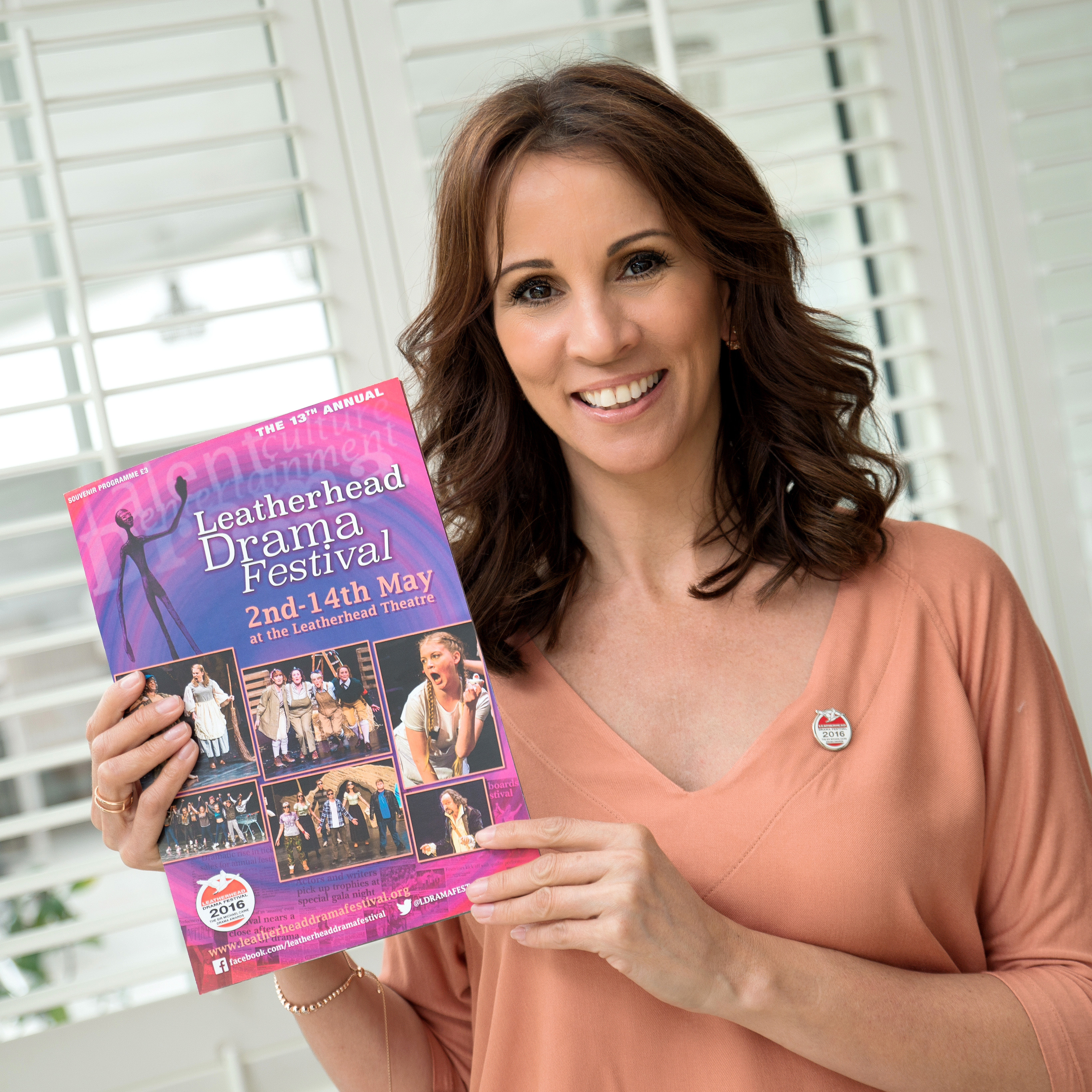 It’s the time of year again when Surrey’s acting talent comes together to show what they are made of as the 13th Leatherhead Drama Festival rolls into town and the Sunday Morning Breakfast Show were all over it during their broadcast on the 1st may 2016.

The festival has enjoyed performances from across the county and beyond since Richard Houghton founded it in 2004.  This years fortnight is packed with great performances from junior and adult groups wrapping up on the 14th May with a gala awards evening and Andrea McLean will be presenting the awards for the second year running.

Talking of her involvement last year as guest presenter, Andrea who lives in Mole Valley said that she was hugely impressed with the performances she saw and was looking forward to watching the winning performances again this year. Known to many as one of the hosts of the popular TV show – ‘Loose Women’  she has also been known to tread the boards when she was at school and as a member of Leicester Youth Theatre where she played ‘Esmerelda’ in ‘The Hunchback of Notre Dame’ even appearing at the Edinburgh Fringe Festival.

Last year Andrea presented the awards in a bright yellow dress adding a splash of colour and indeed glamour to the proceedings and follows in the footsteps of BBC’s Nicholas Owen, the High Sheriff of Surrey, Virginia McKenna, Mole Valley MP Paul Beresford and of course Sir Michael Caine who has presented the awards at seven of the Gala evenings of which Andrea said, “I am very aware that I have very large shoes to fill, if not literally then definitely metaphorically”

The festival opens on Monday the 2nd April at the Leatherhead Theatre with The Applause Youth Theatre’s “Les Justes” followed by “Pronoun” by In yer Face Productions and “Reverse’ by Therfield Theatre Company. With two full weeks of performances there is something for everyone and great value ‘season’ tickets are available. Visit the Festival’s website at www.leatherheaddramafestival.org for details of how to purchase tickets or call into the theatre.