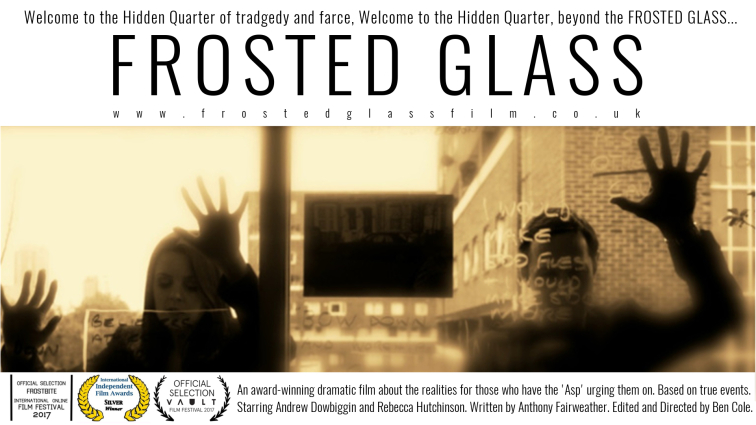 Anthony Fairweather, poet and performance artist, visited us again at the studio to follow up on his latest film project “Frosted Glass” and it’s listing at the upcoming On The Spectrum Festival.

Anthony has performed internationally on television, radio and on stage as part of major poetry and comedy events. Anthony’s Autobiography was published by Chipmunka and swiftly became one of the mental- health publisher’s best-selling works. Spurred by this success, Anthony moved into performance art, blending poetry with elements of stand-up comedy. He went on to win several poetry competitions and was soon a regular contributor to entertainment programmes on Hope FM radio. As a poet, Anthony says his proudest moment was being chosen to support the legendary John Cooper-Clarke at a sell-out gig in 2011.

Deptford Cinema Film Festival is a quarterly event focused on independent film with regular screenings, and is a platform for fresh ideas and emerging talent. Set in the popular arthouse cinema in Deptford, the festival is an opportunity to explore new cinema and original filmmaking. Programmes are curated by genre and rotate on a regular basis. This season is called On the Spectrum and features films about or relevant to people with Autism, with an excellent selection of high quality shorts from a range of different perspectives.