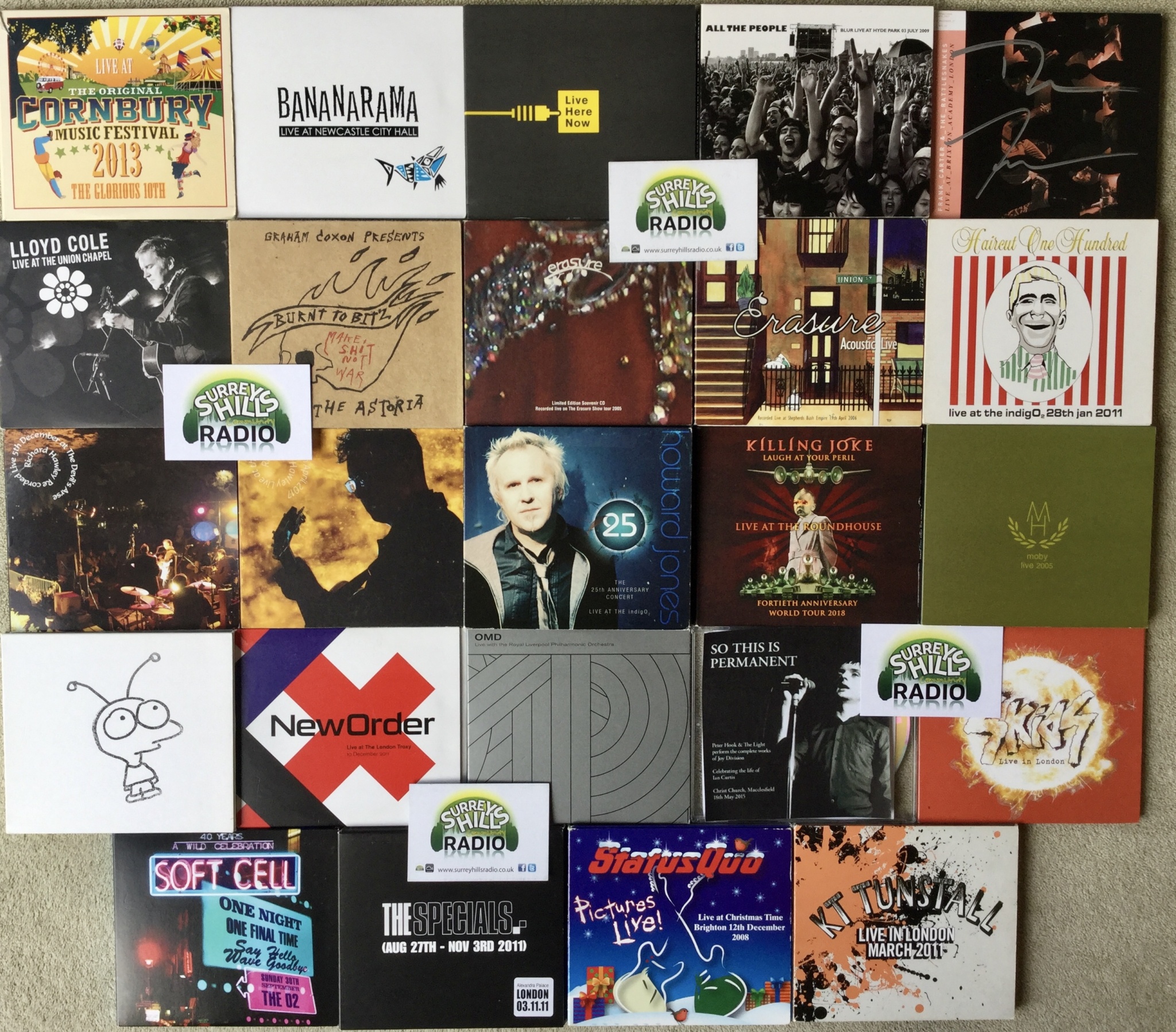 The two hour show managed to include 21 full tracks from 20 of that company’s albums in Chris’s ownership. Presented almost in recording-date order, the playlist can be seen below.

With concert venues ranging from a cold cave in the Peak District (Richard Hawley) to a summery Hyde Park (Blur) and different versions to those originally released aplenty, there’s much to enjoy.

It would be remiss for the show to not remember Peter Green, founder of Fleetwood Mac, who sadly passed away in July. R.I.P. As a live version of their classic instrumental ‘Albatross’ closed the show.