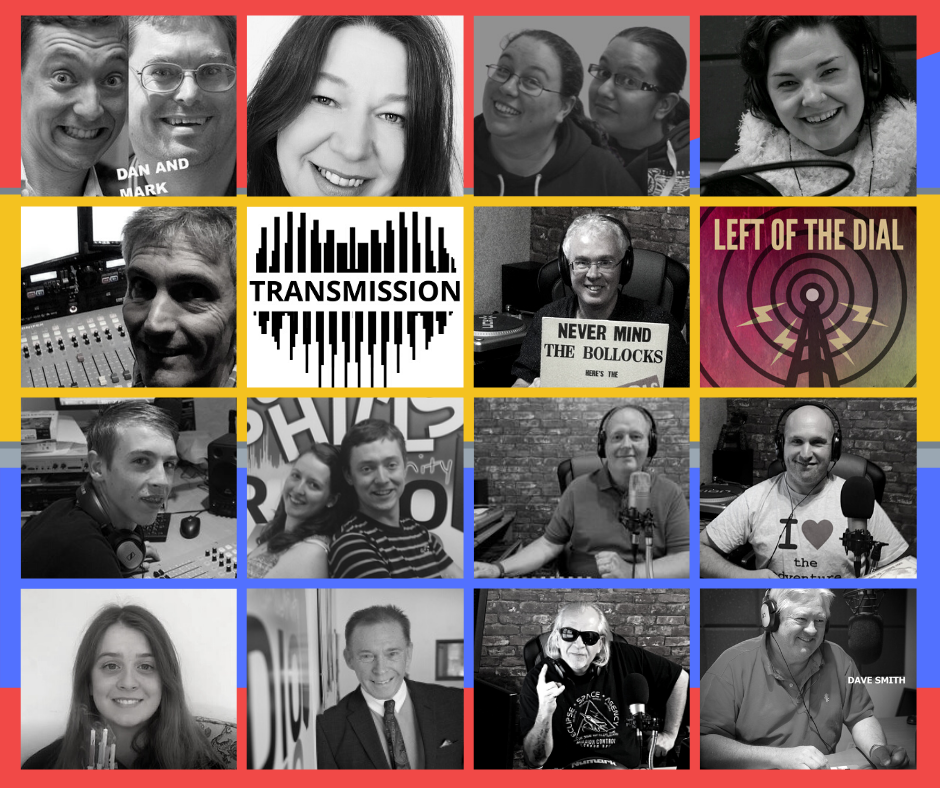 2pm – 3pm
The Mouthy Mare
Recorded from the Green Isle, Rachel has a chat about what she has been up to since she left SHCR

6pm – 8pm
TRANSMISSION
Listen to the freshest tracks sent into the station from new, unsigned, local and international artists with Bingo and Bellery

8pm – 9pm
Punkified – The Toy Dolls Interview
A re-run of a very popular interview with founder, singer, songwriter and guitarist of the band The Toy Dolls, Olga

9pm – 10pm
Left of the Dial
A birthday return of the eclectic, indie show with your host Richard

10pm – Midnight
Josh Lawton
Club tracks from the station’s very first live presenter. He was only 16 at the time!

8am – 10am
Sunday Morning Breakfast Show
The husband and wife team wake you up after the night before. Join in and play a bumper edition of the Birthday Game just before 9am.

2pm – 3pm
Take on the 80s
Oskar picks out a mix of tracks from the decade that brought us Star Wars, leg warmers and the Walkman! Great Scott!