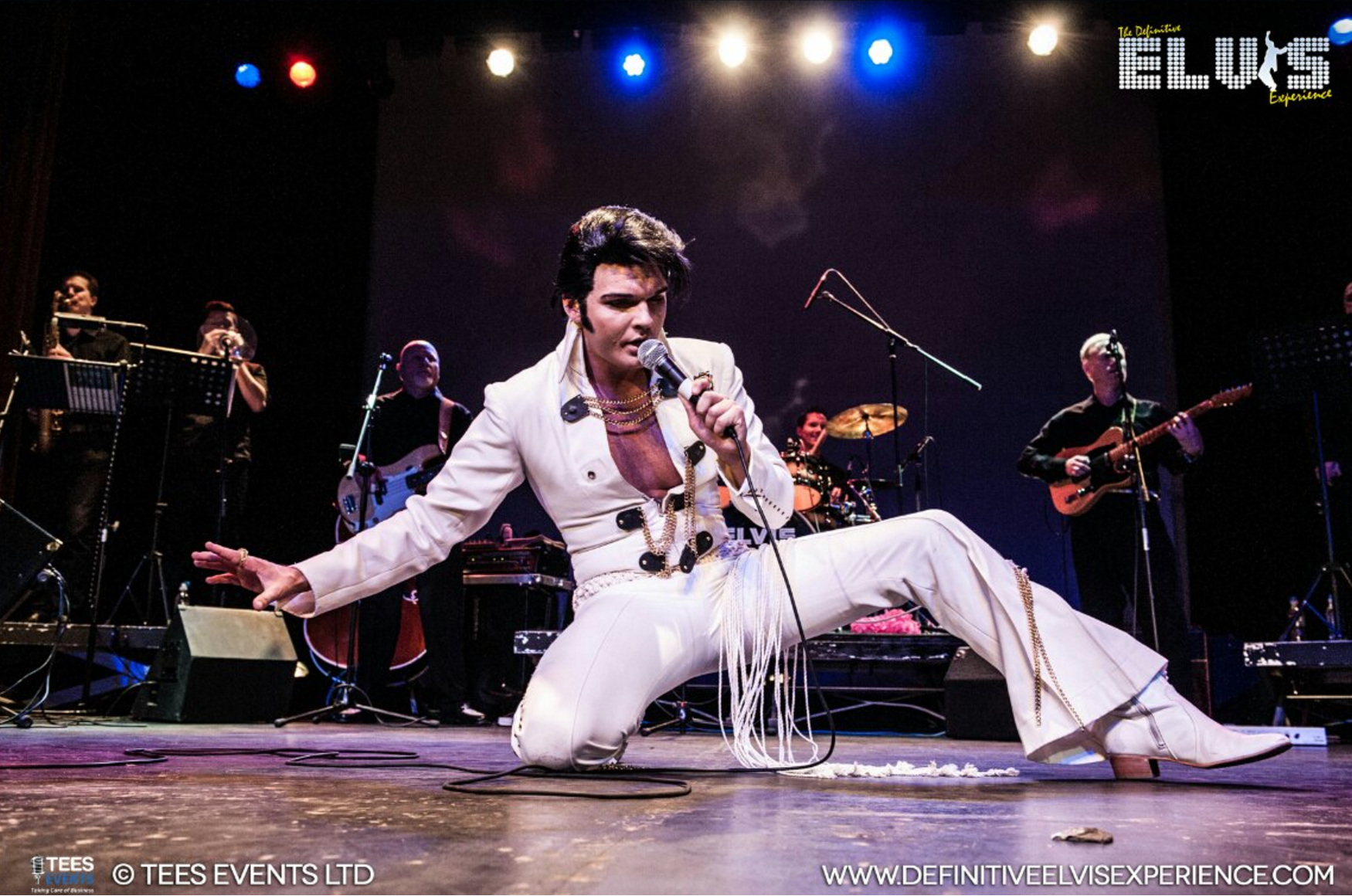 This week (Sunday 31st July 2016) Dan from our Sunday Breakfast Show spoke with Ben Thompson, who is currently on tour with his own Elvis tribute show ‘THE DEFINITIVE ELVIS EXPERIENCE’.

Dan spoke with Ben about how he started in the career of becoming an Elvis tribute artist, and they also talked about Ben’s largest performance as Elvis, which including playing to 25,000 people without knowing it was going to happen!

Listen back to the interview:

Still growing 38 years after his untimely passing, the legend of Elvis Presley continues to grow. Everyone has their own special Memories of Elvis, whether it’s the Aloha from Hawaii via satellite, the NBC ’68 Comeback Special, or the unforgettable experience of having seen a live concert by the “King of Rock ‘n’ Roll”.

“The Definitive Elvis Experience” is the most authentic live stage show produced to honour Elvis Presley’s legacy. For those who missed the opportunity to see Elvis Live on stage you will have Such a Night…

The show, which is accompanied by the brilliant Definitive Show Band, encapsulates all Elvis’ eras, from the ’56 explosion that sky rocketed his dynamic career, through to his gospel roots, Hollywood years and ’68 comeback all the way through to the later iconic concert years. Ben Thompson is one of few tributes that can replicate every era of Elvis, with the exhilarating pinpoint movement of the ’50s as well as the overwhelming charisma of the ’60s and ’68 NBC special, through to the phenomenal stage presence of the ’70s, with his superb vocal range emulating the greatest entertainer of all time. This show will leave you… All Shook Up! 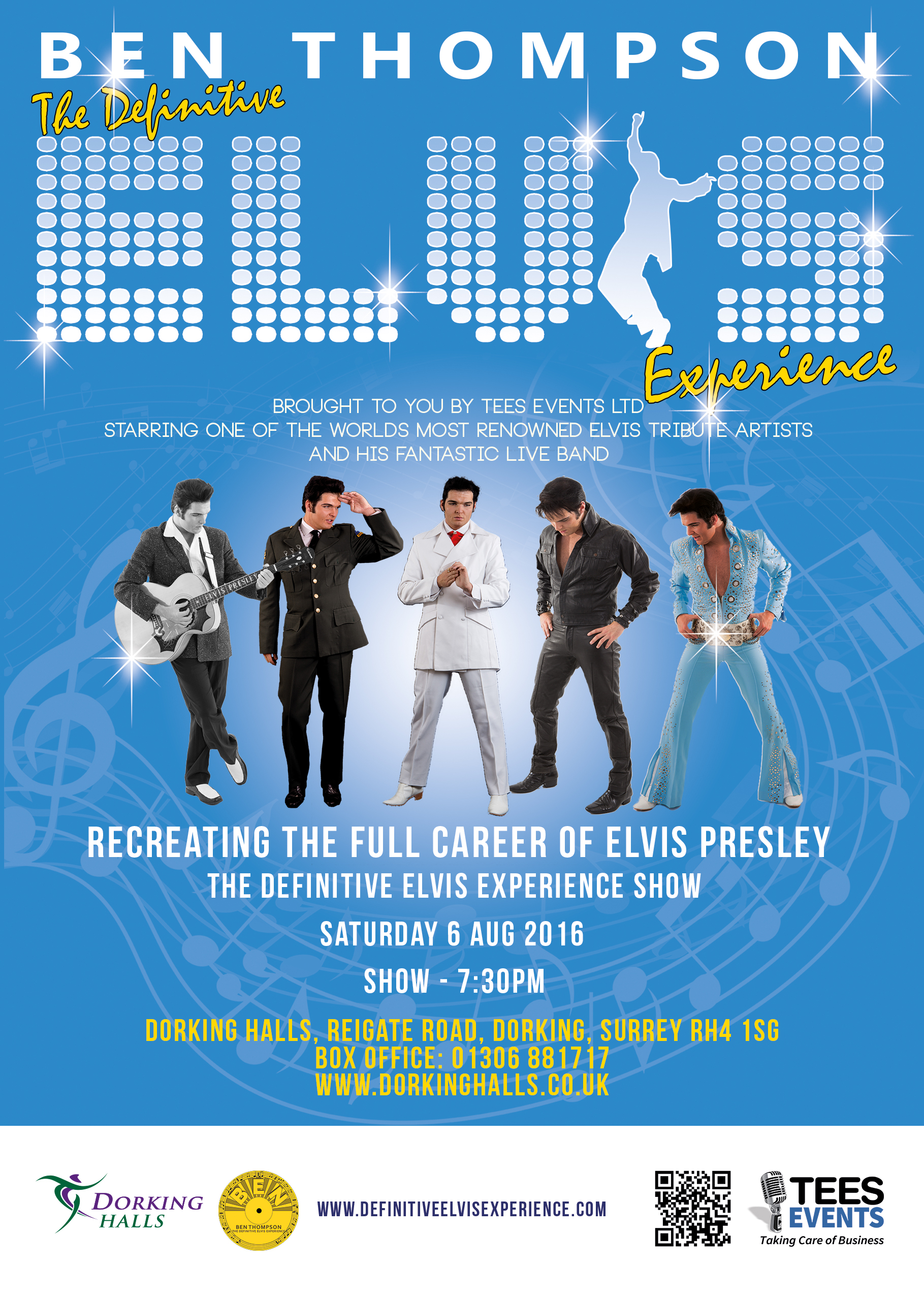