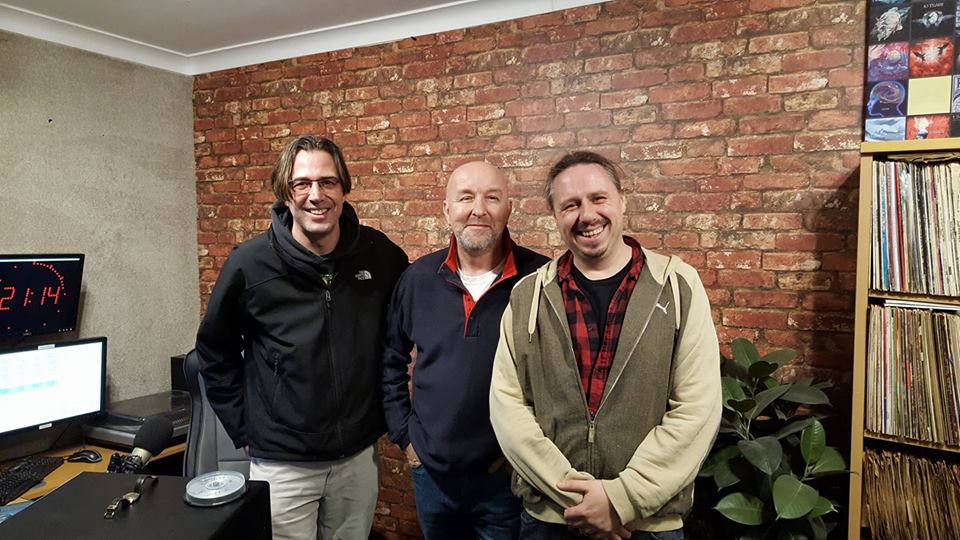 On the evening of Monday 20th February, the 21stCenturyProg show was delighted to premiere in its entirety, the new album ‘We’re All In This Together’ by the British prog band ‘IT’. The ten track album is scheduled for release on March 1st with a delux version of the album featuring two extra songs tracks and accompanying video available shortly afterwards.
Our Surrey Hills Radio presenter Tom was joined in the studio by Nick Jackson (Guitar, Vocals) and Andy Rowberry (Lead Guitar) from the band who chatted about the new material, the band’s influences and future plans.
Andy & Nick also offered a signed copy of the new album as a competition prize, so please head to the Surrey Hills Radio competition page for more details.
If you’d like to listen to the ‘IT’ band interview 2-hour studio special on the 21stCenturyProg show, you can do so by clicking on the Mixcloud link below:
Other links:
Website
YouTube