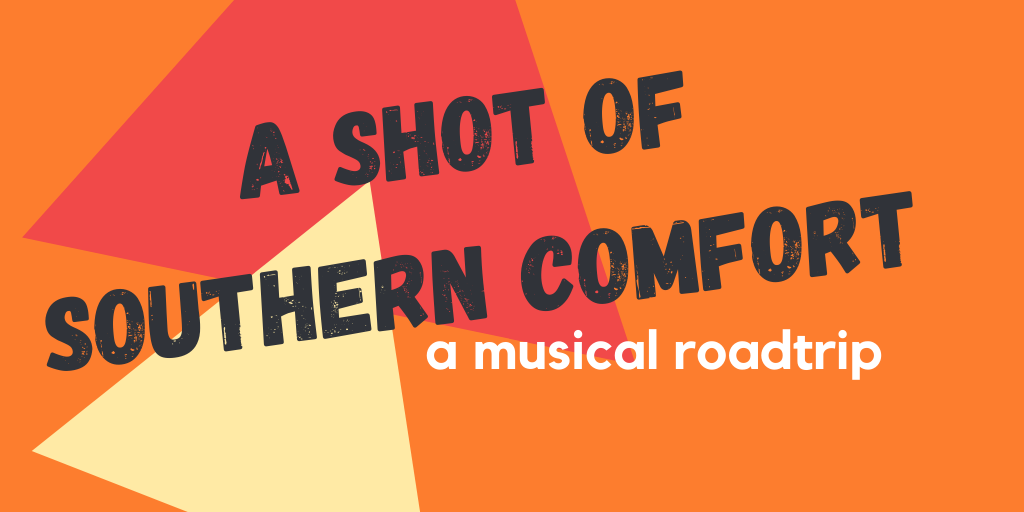 Mike Edwards of the 50 Shades of Rock radio show has already brought us a musical history of the blues earlier this month. ‘Blues 2 Use‘ covered a variety of blues styles as the show took us through a road trip of the USA.
Another passion of Mike’s is the alternate country music scene. So he put pen to paper again to take us through a heady mix of tracks in the hope we all discover something new and exciting.
Mike had a chat with us before the show aired.
Q.  “A Shot Of Southern Comfort”. We are guessing we are taking another trip over the pond to discover more music from America…
Mike:  First let me say I am not a fan of what I call traditional rhinestone country and western music. Nor am I a fan of what I call redneck country and western music. But over a period of time I have got to really like the sort of music that is being made in the Southern States of America. And without being political it tends to be those states that used to be called The Confederate States or those states below the Mason Dixon Line.
Q  And what sort of music does that cover.
Mike:  Just about everything but I wanted to get out onto the show the music that is around that area that does not normally get an airing as it is in many cases not what you would hear for example at The  Grand Old Opry.  But it might make 6 Radio here. So what you are likely to hear is what is commonly called Alternate Country; Americana, Southern Rock out of which you might have some Gothic Rock and Cowpunk which is seen as punked up country music. It’s quite a mixed bag. But if I can introduce some new names to listeners then that is a positive result.  Because there really is so much good music out there which just is not getting heard. And my experience from people who listen to my monthly show they have enjoyed coming across new names playing music they have not heard.
Q. Are you partial to a shot of whiskey? Is that the inspiration for the show name?
Mike:  I was toying with getting “Dixie” and “The Deep South” into the title but was really struggling. But “Dixie” also  conjured up the wrong sort of image. And I do like to have a shot of Jack Daniels during my normal show “50 Shades Of Rock”. And so it suddenly hit me “ A Shot Of Southern Comfort”.  Although I hope the show is anything but comfortable. I want it to be a roller coaster ride through the Southern States. I just hope it does not end up a car crash instead.

After ‘A Shot of Southern Comfort’ aired Mike shared with us how pleased he was with the show:
“I got a really positive response and someone commented it was great music to drive by. This rather surprised me given the show mainly comprised artists most listeners would not have heard of.”